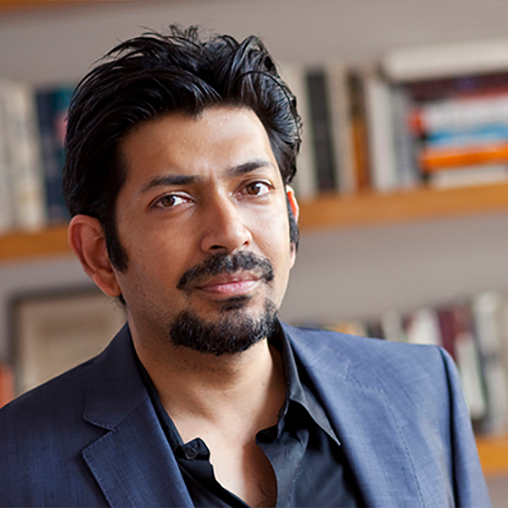 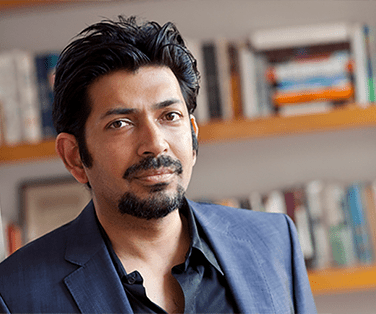 Siddhartha Mukherjee is best known as the author of The Emperor of All Maladies, a "biography" of cancer that earned the Pulitzer Prize for nonfiction in 2011. But as Amgen staff who attended a recent online lecture hosted by Amgen's Global Research can tell you, Mukherjee's interest in cancer isn't confined to just writing about it. As a scientist, a physician, and an entrepreneur who has founded multiple companies, Mukherjee is advancing a host of out-of-the-box approaches for treating cancer. In many cases, these novel therapeutic ideas are informed by the love of history reflected in his books.

Modern cancer research, with its focus on the genetics of tumors, is very much a seed-centric approach to disease, observed Mukherjee. He likened this focus to the famous New Yorker cartoon, "The View from Ninth Avenue," where Manhattan looms large in the foreground and the rest of the world looks like blips on the horizon.

"In the 1990s and 2000s, as we learned more about the cancer genome, the view of cancer biology was like that New Yorker's view," he said. "All we could see was the genome, and the things I was interested in—the cell biology, the microenvironment—were blips on the horizon. But cancer is not something that happens in a vacuum. What can we understand about the host?"

Mukherjee's seed-and-soil approaches to cancer have yielded several new treatment approaches with intriguing potential. For example, one frustration in cancer drug design is the dearth of biological targets found on cancer cells but largely absent from healthy tissues. Consequently, many agents that are potent tumor killers can't be dosed as aggressively as needed due to side effects.

"Cancer is a perverted version of our normal cells," he noted. "So how can we attack cancer when cancer shares so many features of normalcy?" One potential solution is to remove antigens from normal cells—"in other words, change the host to make the cancer stand out. We know from genetics that some antigens are not absolutely required for survival, because there are people who are walking around without them." Those antigens can now be deleted from normal cells using tools like CRISPR.

In AML (acute myeloid leukemia), all the cancerous cells express an antigen called CD33, but so do normal hematopoietic stem cells that give rise to mature immune cells. Experiments in mice and non-human primates have confirmed that if you delete the gene for CD33 from blood stem cells, these cells will still mature into normal, fully functioning immune cells, which are no longer susceptible to cancer therapies that target CD33.

Mukherjee is the scientific board chair of a new company that is planning to test this treatment paradigm in AML patients. "These patients would be receiving an allogenic transplant of stem cell anyway," he observed. "The idea is to infuse them with CD33-deleted cells and then use a CD33 therapy to kill the cancer cells and spare the normal cells." Several other nonessential human antigens can also be deleted to further differentiate tumor cells and reduce the risk that these cells can survive through mutations that delete a target antigen.

Asking the cancer itself what drugs would kill it

Mukherjee described several other ideas that are being advanced by biotech companies he helped to launch, including one that borrowed a page from antimicrobial therapy. "If you get an infection in the hospital, we culture and test the bacteria to figure out what antibiotics they are sensitive to. We're doing the same with cancer by asking, "What can the cancer tell you about its sensitivities? It sounds like a simple idea but it's quite complex to enact."

In practice, this approach takes a biopsy from a patient with a hard-to-treat cancer and grows the tumor cell organoids, or mini tissues. The organoids are separated into hundreds of wells on plates, which are used to screen thousands of drugs to find those that are best at killing the patient's cancer. The effectiveness of treatments can vary from one patient to another with the same cancer, and the best drugs may be ones that wouldn't normally be used against that tumor type. Early and encouraging results have been seen in one patient, and a trial is being planned to evaluate this approach in more patients with metastatic disease.

In his Amgen lecture, Mukherjee described two other potential new treatment paradigms—one that treats cancer by altering the patient's immune environment and another that adjusts the metabolism to mitigate against the potential side effects that limit a promising class of cancer drugs.

Mukherjee closed his lecture by saying that he feels personally gratified that all of the ideas he discussed and several others have given rise to new companies and clinical trials. "I like making medicines. It is one of the most profound and most beautiful things that humans do".