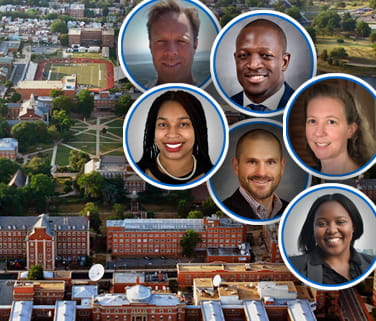 Partnering with Historically Black Colleges and Universities will help broaden Amgen’s staff with new scientists, making the company stronger as it continues its quest to fight diseases.

Pilar O’Neal loved science from an early age, doing dissections or investigating the ingredients in everyday household items to understand the chemistry that made them what they were.

“It was the excitement of connecting science to the real world,” O’Neal said. “It wasn’t magic or ambiguous. It was relatable to everything.”

Her passion was fueled by a mother who held a math degree and made sure she took advanced classes, enrolled her in summer camps centered on science and took trips to Dr. Johnson’s house. Dr. Johnson, a family friend, often let her come to a lab to see chemistry experiments in action and it thrilled her.

That path was solidified through high school and college as O’Neal earned scholarships and science awards and obtaining her bachelor’s degree in chemical engineering from Howard University.

Now she is taking another step – getting a master’s degree and joining Amgen as a part of the Amgen Educational Fellowship at Howard University, which began this summer. When she completes the program in two years, O’Neal will have her graduate degree and, she hopes, a chance to fulfill a lifelong dream – to contribute to the world of science.

“My goal is to help my community and to help humanity,” O’Neal said. “So maybe one day, even if it helps just a few people, I’ll have made a positive impact on the world.”

The program between Amgen and Howard University has many goals, including a chance to showcase to students what a career at Amgen could look like and that the company is actively looking to continue to diversify its ranks among researchers.

Alan Russell, vice president, Research at Amgen, said the program is just one step toward that end.

“This program exemplifies our commitment to improving diversity and inclusion throughout Amgen and our R&D organization,” he said. “We hope it will serve as a flagship to expand to other departments at Howard University and other HBCUs.”

The program will feature students who are assigned a mentor and, during the first year, the student will be at Howard working with mentors from the Howard University Department of Chemical Engineering. During the second year, they will be onsite at an Amgen location for six months working on research and projects.

Patrick Ymele-Leki, interim-chair of the Department of Chemical Engineering at Howard University, said in the school’s news release that the partnership with Amgen “leverages our department’s expertise in producing Master of Sciences degree holders from communities underrepresented in STEM and Amgen’s industrial know-how to involve Black and African-American graduate students in state-of-the-art research with targeted industrial applications.”

The first two students in the program, Eunice Ngata and O’Neal, are from Howard University’s College of Engineering and Architecture and will begin their work with Amgen mentors in July. The start of the fall semester at Howard University begins in August.

Ngata, whose mom moved to the United States from Kenya when she was young, said science always appealed to her because it was rooted in finding answers to things that make life better for people. She studied chemical engineering, but said she saw biotech as a field that seemed to be “ever-expanding” in scope and impact.

She also said she hopes to encourage others as she begins the fellowship program.

“It is always great to see someone who looks like us doing the jobs we aspire to do,” Ngata said.

Bram Estes in Biologics at Amgen as a senior scientist, will work with O’Neal on a project connected to DNA protein codelivery into cells and intracellular routing and uptake of biologics.

John Kawooya, director of research in biologics at Amgen, will partner with Ngata on work focused on high dose and slow release of protease inhibitors in cell culture.

Estes, who is a mentor for O’Neal, said they have had an initial meeting – by video of course amid the pandemic – and is excited to see her take on the challenges.

He also has high hopes for her beyond the program as well.

“I would like her to publish her research in the Amgen-Howard collaboration, both to advance science and to establish her reputation in the scientific community” Estes said. “This project is the beginning of what I hope will be a great career.”

Kawooya said he was inspired to be a part of the program as a way to increase diversity in the area of research, noting that “people from different cultures and backgrounds bring different angles of innovation to solve complex problems.”

The fellowship program is focused on scientific research, but it also aligns with the company’s larger goals to increase diversity within its ranks – an ongoing effort that has been enhanced since 2019.

In the wake of the murder of George Floyd, Amgen CEO Bob Bradway wrote an email committing the company to do better in diversifying staff, using a more diverse array of contractors and promoting a more inclusive culture within the company.

Amgen also joined a coalition of companies that pledged to hire 1 million Black Americans over the next decade.

While the fellowships with Howard within research began this year, Amgen has also been connecting with students at the HBCU since 2019 with an internship program for undergraduates.

Dan Fish, sponsor for the operations interns MBA program at Amgen, said internships are a critical part of building relationships with Howard and other HBCUs because they tap into talent early in the educational process and pave the way for recruiting through familiarity and trust.

Because the internship program with Howard University is still relatively new, the numbers are small – but have been growing each year. And there already has been success connecting Howard University graduates with Amgen.

A year ago, Amgen hired Disun Kehinde, an operations manager at the Thousand Oaks site and who graduated from Howard University with a degree in Finance before obtaining an MBA at Penn State University.

He said he didn’t know much about Amgen when he first met representatives at a 2018 career fair, but saw the opportunity of participating in an internship program at Amgen as two-fold: A company working in a bold and innovative field that offered a lot of opportunity and a chance for him to inspire others who were once where he was – a student at Howard University looking for guidance.

“I like being able to assist in changing perceptions and talking to people about them and showing them the reality,” Kehinde said. “I understood the perceptions and hesitations to apply to certain places and different fields because you’re not sure if diversity is real or if it’s just talked about – that it’s not just words that sound good but are seen through action.”

Fish said the internship program is continuing to grow and it is hoped the fellowship program will continue to expand hiring within rich talent pools at HBCUs.

That future is already happening as Howard University begins its fall term and Ngata and O’Neal begin their fellowships with Amgen and researchers are already lining up to work with the next group in 2022.

Melissa Thomas, a principle scientist in Biologics at Amgen who will mentor a Howard University student next year, said the far-reaching goals of this program will help science – but will also go beyond science as well.

She said seeing people in labs and doing research that don’t look homogenous makes it more tangible to young people who can see themselves in those careers.

“There is importance in people seeing a diverse staff,” she said. “if a young person sees a person who looks like them working at a company like Amgen – or any place – and doing something to help the world at large, it creates possibility that can become reality.” 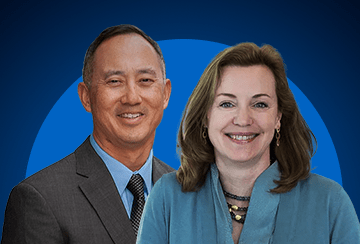 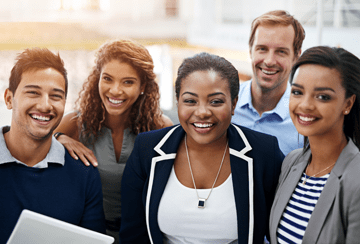 Amgen Named One of the ‘World’s Best Workplaces’