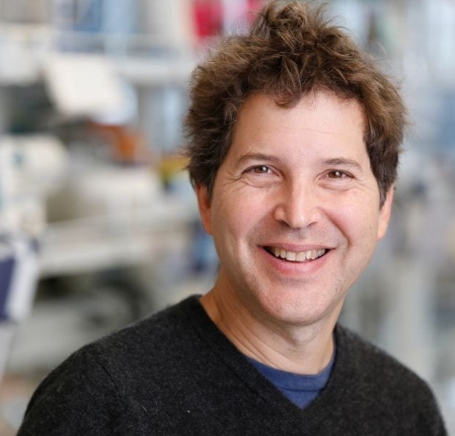 David Baker is the director of the Institute for Protein Design, a Howard Hughes Medical Institute Investigator, the Henrietta and Aubrey Davis Endowed Professor in Biochemistry, and an adjunct professor of genome sciences, bioengineering, chemical engineering, computer science, and physics at the University of Washington. His research group is focused on the design of macromolecular structures and functions.

Dr. Baker has received awards from the National Science Foundation, the Beckman Foundation, and the Packard Foundation. He is the recipient of the Breakthrough Prize in Life Sciences, Irving Sigal and Hans Neurath awards from the Protein Society, the Overton Prize from the ISCB, the Feynman Prize from the Foresight Institute, the AAAS Newcomb Cleveland Prize, the Sackler prize in biophysics, and the Centenary Award from the Biochemical society. Sixty-five of his mentees have gone on to independent faculty positions, he has published over 500 research papers, been granted over 100 patents, and co-founded 11 companies.

Dr. Baker is a member of the National Academy of Sciences and the American Academy of Arts and Sciences. He received his Ph.D. in biochemistry with Randy Schekman at the University of California, Berkeley, and did postdoctoral work in biophysics with David Agard at UCSF.