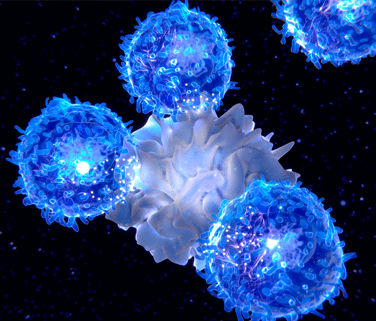 Amgen Paper Selected for Best of Cell, a Rare Honor for Industry Scientists

The prestigious science journal Cell has announced its top articles for 2020, and the list of nine papers includes a cancer research study coauthored by scientists at Amgen.

The paper—the only 2020 selection that included authors from industry—was based on an Amgen collaboration with researchers at Peking University. The study provides one of the most in-depth looks to date at how subtle changes in the mix of immune cells near a tumor can drive the body’s ability to fight cancer and respond to cancer therapies.

“This is a major honor for Amgen,” said Ray Deshaies, senior vice president for Global Research. “Cell is considered to be one of the top three general life sciences journals in terms of its impact, and it only publishes a small percentage of the articles that are submitted each year. Being picked as one of the year’s top nine papers is truly remarkable.”

“We made our selection by looking at reviews and research articles that garnered wide attention or captured editorial interest for conceptual impact,” said Cell Editor-in-Chief John Pham in his introduction to this year’s edition of Best of Cell. “Selecting only a few for this collection was difficult, but we ultimately chose papers that are at the frontiers of their respective fields and that represent the broad sweep of today’s biology.”

The research article—"Single-Cell Analyses Inform Mechanisms of Myeloid-Targeted Therapies in Colon Cancer”—was the latest study in a multi-year effort between Amgen’s Oncology Research group and the Peking University team. The collaboration was initiated three years ago by two of the authors on the 2020 Cell paper, Wenjun Ouyang, an executive director in Oncology Research at Amgen, and Professor Zemin Zhang of Peking University. The cutting-edge research has employed large-scale, single-cell RNA sequencing to produce a wealth of new data on the types of immune cells found near tumors and the genes that are switched on in these cells.

This latest study sifted through sequencing data on more than 50,000 cells taken from 18 patients with colorectal cancer. The results help to explain why certain subtypes of immune cells can be ineffective or counterproductive in battling tumors, and why some approaches to cancer immunotherapy agents may not work as expected.

Once again, Amgen scientists and our collaborators have led the field by being the first to use single-cell RNA sequencing technology to unveil novel therapeutic mechanisms associated with cancer immunotherapies in development.
— Wenjun Ouyang, Amgen executive director in Oncology Research

Including Wenjun, 14 of the paper’s 29 authors were from Amgen, including two corresponding authors: Jackson Egen, a director in Oncology Research at Amgen, and Xin Yu, a senior scientist. Notably, an Amgen post-doc, Katarzyna M. Skrzypczynska, was listed as one of three lead contributors to the study, which illustrates the quality of the scientists Amgen has attracted through its post-doc program. Other Amgen authors included:

An overview of the paper’s findings and broader significance can be found here. The complete Cell Best of 2020 is available at this link. 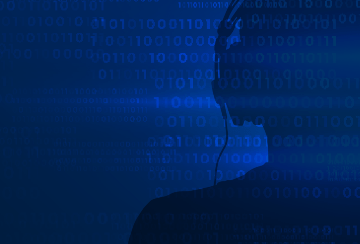