Ever wonder what it’s like inside a facility where biologic medicines are made? Some who have strode past its stainless steel bioreactors, covered head to toe in multiple layers of appropriate garb so as not to disturb this highly sensitive environment, have likened it to visiting NASA. Unlike small-molecule medicines — typically a tablet or capsule taken by mouth — large-molecule biologics must be manufactured in a highly controlled environment.1 Just one foreign microbe could be enough to taint a batch of medicine in production.2 These facilities must adhere to the FDA’s Current Good Manufacturing Practices regulations and, to ensure the quality of biologics, manufacturers may conduct more than 250 tests of facility, utilities, raw materials, and product throughout the manufacturing process.3,4,5

1. Factory floor unlike any other — and for good reason

For some, the word manufacturing conjures up images laden with dank, grease-speckled factory floors, monstrous robotic arms gesticulating about, and sparks flying from arc welders. But that’s not what biologic manufacturing looks like, partially because what’s being made is completely different. We’re not talking about the assembly of a car, a jet engine, or the next great vacuum cleaner. We’re talking about substances that go inside people’s bodies. And in the case of biologic medicines, we’re talking about medicines that are quite literally grown in living cells.1 In this environment, even a minor change could lead to changes in the quality, safety, and efficacy of a product.6 And one of the most important machines used in this kind of manufacturing isn’t a cog or gear that’s metallic but rather what’s biologic—namely the host cells used to grow the proteins that ultimately become a medicine.7,8 Unlike other manufacturing environments, it’s not uncommon for first-time visitors to be surprised at what they see; words like “sterile,” “clinical,” “pristine,” and “highly controlled” capture the vibe. 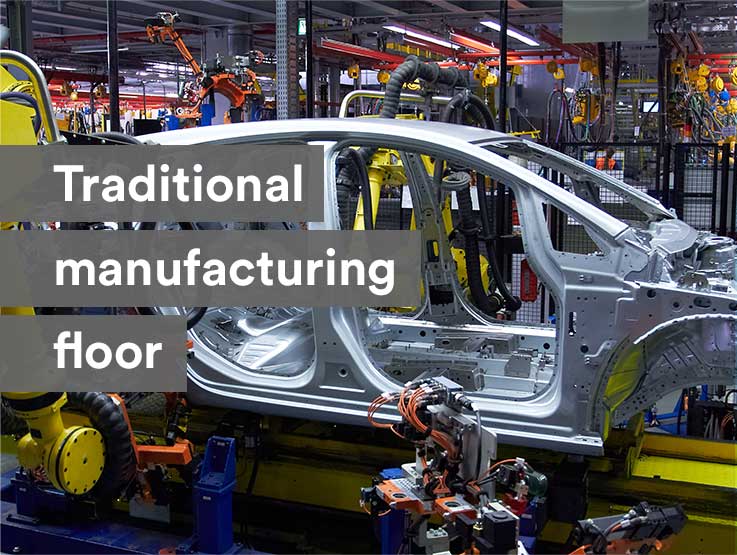 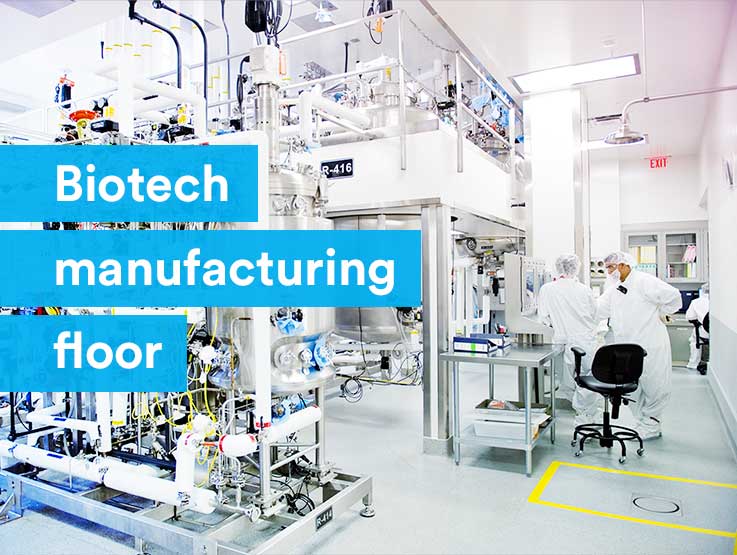 Dressing for the occasion takes on a whole new meaning when it comes to entering a biologic manufacturing environment. “Plant uniforms,” which resemble hospital scrubs, help keep the facility clean overall. But to enter a production area, you must first “gown-in” to prevent contaminants from entering with you. Why? Because the greatest potential for contamination comes from humans. Depending on how sensitive the environment, this could mean rubber gloves, booties, hair cover, mouth and nose cover, safety glasses, and what looks like a lightweight jump suit. Then you pass through two sets of doors and an air lock system. And in some environments, such as the fill and finish stage, there is still a glass enclosure between you and the medicine as an additional barrier.2 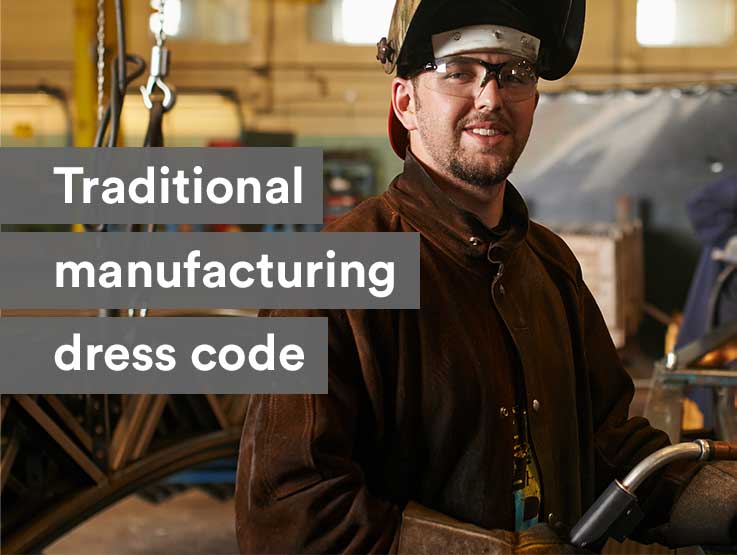 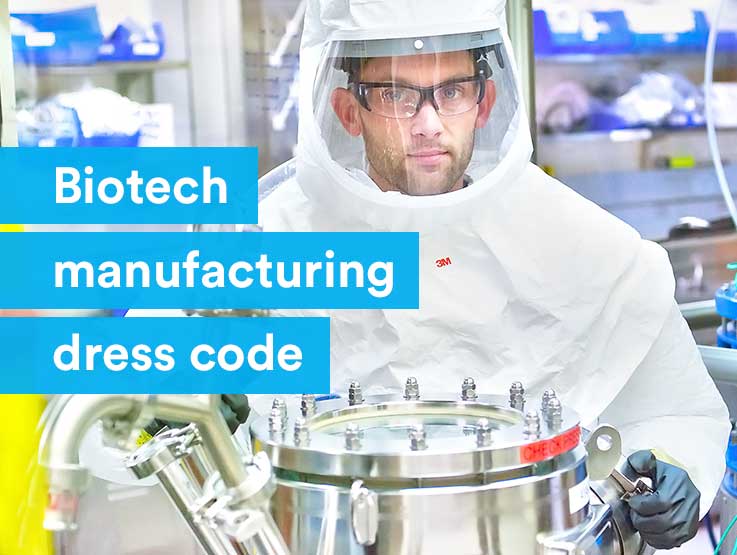 3. Rare Air in There

Inside a biologics manufacturing facility, there are scores of visual cues that give you a sense that this is a tightly controlled environment. But some of the most compelling examples of how sensitive these environments are can’t be seen by the naked eye. Perfect example: the air. HEPA air filtration systems enable full air exchanges of these rooms every two minutes. This helps prevent contamination and keeps a proper clean environment where the medicines are being made.9

4. Shiny on the Outside, but Inside Matters Most

What often takes center stage inside a biologics manufacturing facility are the rows of big, hulking, shiny stainless steel bioreactors plunked down between multiple runs of pipes and tubing. But the real spotlight is on what’s happening inside these vessels. What began in small petri dishes or flasks as a liquid broth of cells and nutrients are moved to increasingly large bioreactors as the cells divide and increase in number and concentration. Temperature, pH, agitation speed, nutrients and oxygen concentration are monitored at all times and optimized in the bioreactor because even subtle changes can affect the cells. For example, if the temperature is too high, the cells produce less protein or start to die. The largest of these industrial tanks looks nearly two stories high and can hold up to 20,000 liters of cells and growth media.10 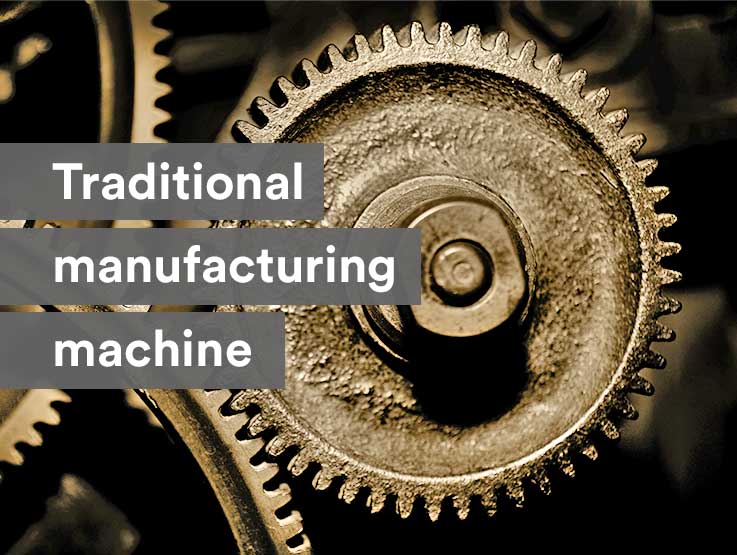 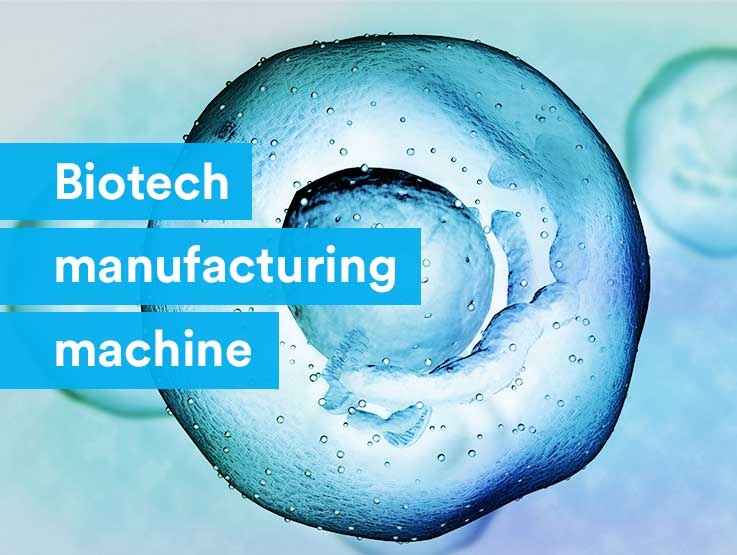 Once the cells are done growing in bioreactors, the protein they have produced is isolated and purified using various filtering technologies based on size, molecular weight, and electrical charge.10 You’ll find large stainless steel columns that perform liquid chromatography and dozens of filters to remove impurities and cell debris and aid in separating media from cells.9,11,12 The purified protein is then typically mixed with a sterile solution so that it can be injected or infused into patients.10